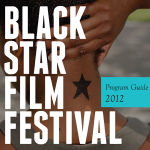 We’re pleased to announce that Black February will be screening at the BlackStar Film Festival in Philadelphia.

The film will play at 6:30 pm on Saturday, Aug. 3 at Drexel University.

BlackStar is a celebration of cinema focused on work by and about people of African descent in a global context.

Butch was acutely aware of his heritage as an African American man and the limitations that society tried to place on him because of that. He saw Conduction as a way of breaking through those racial and musical boundaries, which existed even in New York in the ’70s and ’80s. Part of Butch’s genius arose out of his willingness to actively use Conduction to subvert those limitations and preconceptions.

In the clip below, Brandon Ross, Greg Tate, and Howard Mandel tell the story of Conduction No. 1, which became the celebrated album, Current Trends in Racism in Modern America.